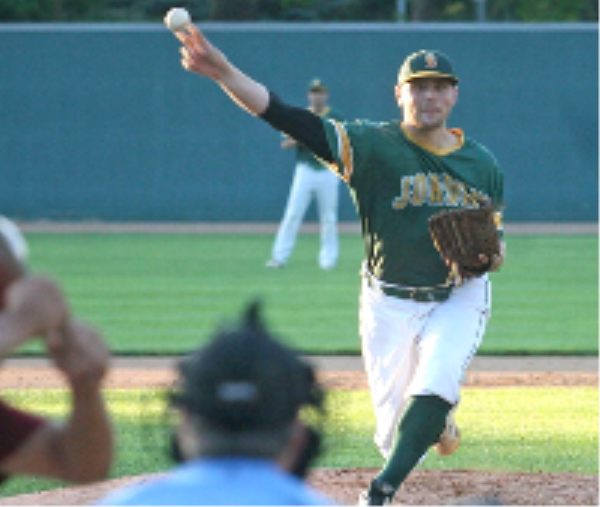 Brewers rolling along on diamond heading into mid-season break
Posted on Jul 03, 2022

Nate Beckman ended the month of June with a pitching and power display for the Jordan Brewers.

Jordan headed into July with a 17-7 overall record, including a 15-2 mark against Class C teams.

Last summer, the Brewers lost in the second round of the Class C state tournament, falling 2-0 to Maple Lake. Jordan finished the year with a 28-11 record.

The Brewers won 23 games in the COVID-19-shortened season in 2020, losing in the first round of state play.

In beating St. Peter, Beckman allowed just five hits in the complete game and walked none. The Brewers finished with 14 hits and in just six innings of at bats.

Alex Beckman and Marshall Mazanec each went 1 for 3 with a run scored.

Jordan went into the game off a 12-2 loss June 29 at the Prior Lake Jays, a Class B team. The Brewers fell behind 6-0 after three innings and couldn't recover.

Lucas was saddled with the loss, allowing seven runs (five earned) in four innings of work with one strikeout. Chad Vohnoutak allowed five runs in two innings of relief.

Jordan had just three hits, all singles. Draheim had an RBI, while Michael Vohnoutka and Devyn Ulibarri each had a hit.

The Brewers went into the Prior Lake game off a 6-3 win versus Arlington June 26 and a 9-1 home triumph over Winsted June 25.

Against Arlington, Hvidsten drove in three runs for the Brewers, while Lucas finished 2 for 3 with an RBI and two runs scored. Draheim was also 2 for 3 with a run knocked in, while Hollingsworth went 2 for 4 with a double and an RBI.

Tony Peterson also drove in a run for Jordan, while Greg Quist went 2 for 4.

Steve Beckman drove in three runs for the Brewers, while Alex Beckman finished 2 for 4 with a double and an RBI. Lucas went 3 for 4 with an RBI, while Mazanec, Ulibarri and Quist also drove in runs.

Jordan will end the regular season July 24 at home versus Excelsior. The Region 6C playoffs will start July 31.

For more the Brewers, go to www.htosports.com/teams/?u=JORDANBREWERS&amp;s=baseball.